The Impact of European Art Through the Ages

European art has tremendously impacted the world of art throughout history. From the classical Renaissance period to modernism, European artistic styles have been influential in shaping the direction of art across continents.

The Italian Renaissance is one of European cultural history’s most striking and influential periods. During this era, painters like Leonardo da Vinci and Michelangelo revolutionized art, creating works emphasizing perspective, volume, and light. Other famous Italian painters such as Raphael, Titian, and Caravaggio also helped shape the development of European painting during this time.

Baroque art was another influential movement in Europe during the 1600s and 1700s. Focusing on dramatic, theatrical works, this era of art was highly ornamental, with bold colors and deep contrasts in light. Italian painters such as Gian Lorenzo Bernini and Carracci are famously associated with the Baroque period, creating sculptures, portraits, and other pieces that continue to influence modern art today.

The French Academy of Painting

The French Academy of Painting was an influential art school in Europe during the 1700s and 1800s. Established in 1648, the academy taught students to focus on painting as a technical craft, emphasizing line drawing over color. Students like Jacques-Louis David, Jean Auguste Dominique Ingres, and J.M.W Turner were prominent painters of the era who helped define French academic art and influenced later generations of artists. 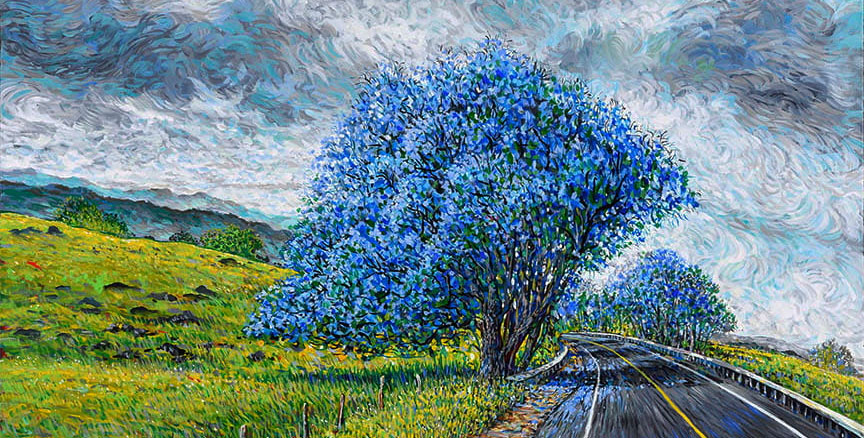 The Impressionist movement was an influential force in 19th-century European art, standing out from the traditional painting style taught at the French Academy. Led by Claude Monet, this artistic movement focused on capturing fleeting moments of light and color through quick, loose brushstrokes. Other famous artists associated with the movement include Edgar Degas, Mary Cassatt, and Pierre-Auguste Renoir.

In the 20th century, modernism was a major artistic movement in Europe that challenged traditional painting conventions and established new ways of creating art. With its focus on abstraction, experimentation, and freedom of expression, modernism gave rise to various movements such as Cubism, Surrealism, and Expressionism. Famous European modernists like Pablo Picasso, Marc Chagall, and Wassily Kandinsky have had a major influence on art throughout the world.

European art has thus played an important role in influencing global artistic trends and movements throughout the ages. From the Renaissance to modernism, European art has left an indelible mark on art history, and its influence continues to this day.

The Impact of European Art Through the Ages

The Importance Of a Graphic Design

We get better every day

Unlock your potential in the expansive world of design with a portfolio that spans dozens of countries. Here, you have the chance to explore and develop passions while receiving top-notch training no matter where your journey takes you!